>It was back to Aquitaine last week (the western part of France that was for many years owned by the British) to carry out a pre-purchase survey in the department of Landes. Much of Landes is low-lying, and marshy, so much so that it was at one time normal for the peasants to walk about on stilts – and this mode of transport is demonstrated from time to time at country festivals in the area. It was one of the kings of France who decided that the marshy wastelands of Landes should be planted with forests – without giving a thought to the fact that the trees would later prove very tasty to the termites arriving at Bordeaux. Landes now has the densest population of termites in France – and knowing this I was hardly surprised to find that the house I was surveying had indeed had a termite problem. 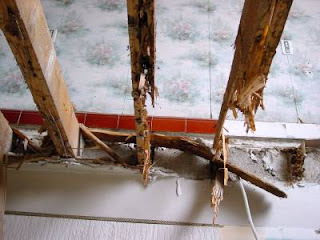 Termites can do a vast, and very often structural, amount of damage to a building unless diagnosed early and eradicated. These “little white ants” are sensitive to light and live underground – travelling up through stonework and under floors where you can’t actually see them, so I look for the tell-tale signs rather than the creatures themselves. A bit like Poirot really, I suppose. 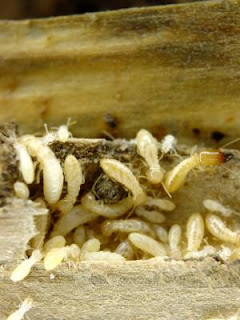