The Royal Institution of Chartered Surveyors

For many people, buying a home is one of the biggest decisions they will ever make. However, by failing to commission a survey before purchase, homebuyers across England and Wales* are risking potential bills running into thousands of pounds.
According to RICS research, a quarter of all homebuyers who fail to have a survey are forced to make unplanned building works to their property after purchase**. The average bill for these works, such as damp proofing or repairing a roof, is over £1,800 – but the cost can be much higher.
A common misconception is that a mortgage lender’s valuation report represents a survey. In fact, it is merely a valuation carried out on the mortgage lender’s behalf and is not designed to highlight any potential problems with the property. By commissioning a home survey, any structural problems or urgent defects are highlighted, enabling the buyer to make an informed decision before committing to the property. 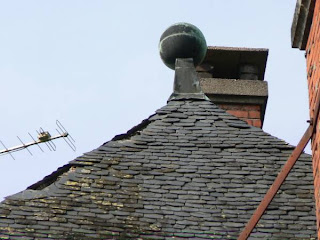 In difficult economic times it pays to be prepared. Nobody wants to be left with a home that needs extensive repairs or one they can’t sell on. By having a survey you’ll be armed with information on the condition of the property which puts you in a stronger position to decide whether to proceed with the purchase, or negotiate a better deal.
Interestingly, other parts of the housing market are also using surveys to their benefit. For landlords this can be to assess their investments, while we are also seeing sellers turning to surveys in order to prepare for the sale of property. These highlight any problems that may potentially delay the sale or impact on the price later in the process.
**Survey conducted for RICS by GfK NOP Business 1,001 interviews were conducted online during August 2010 with people who had bought a property in the last 12 months or were considering doing so in the next 12 months.

The same principles apply in France – where by and large, and sad to say, the French don’t look after their houses very well …