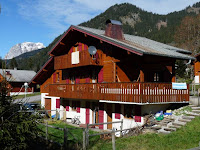 No blog posts for 6 months !

That’s because I was kept very busy through the autumn of 2010, travelling to all points of the compass to carry out pre-purchase surveys for property buyers across the southern half of France.
Trips over to the east, sometimes criss-crossing the Swiss border either side of Lake Geneva, were for surveys that included alpine chalets. 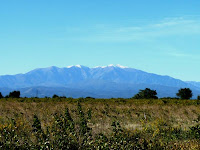 Trips to the west were to properties in the foothills of the Pyrenees – where the peaks were already becoming snow covered early in October.
And once again I found myself working in Ceret, a town known for its modern art, located in the prime cherry-growing region of France, and very popular with British buyers.

To the north I carried out surveys in Lot-et-Garonne, Dordogne and Haute Vienne: I’ve lost count with the number of times I’ve driven up and down the A20, but the scenery always makes it a pleasant journey.
More about Haute-Vienne in my next post.