It usually hits France, including southern France, in February: They call it “Le Grand Froid”. Temperatures suddenly fall, and the skiers rub their hands with joy as they look towards the Alpes or the Pyrénées. There is always a chance of snow at low altitudes and this year was no exception. They say it was the coldest February in over 10 years, but if a property buyer needs a pre-purchase survey it has to be done. Though admittedly with a little difficulty. 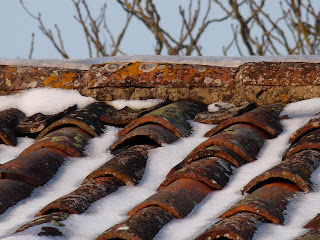 I was commissioned to carry out a survey last month in Gers – a department with rolling hills and pleasant landscapes I always think is rather like Hampshire. I’ve carried out many surveys in Gers over the years, often on pleasant sunny days, but this time it was different.

I don’t have a 4 x 4 so I bought a set of snow chains for my car a few years ago before setting off on a winter survey in Auvergne. Yes, there was some snow there, as expected, but it wasn’t necessary to use the chains. And though I have tossed them in the car in subsequent years, before setting off to work in mountainous areas, they had remained unused. Until last month.

It simply wasn’t possible to get to the property in Gers without fitting snow chains. Not only was there a long private drive, on a hillside, but the snow ploughs hadn’t touched the narrow roads leading to the property and all were effectively impassable. 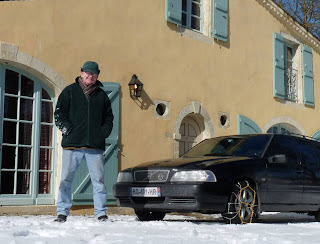 It was a large property and I knew before I started the survey it would take at least three full days. So each morning I drove as far as I could, fitted the snow chains in order to reach the property, and then took the chains off again at the end of each day before driving back on roads that had been cleared. Not what I had expected, but where there’s a will there’s a way.